密碼設定成功，請使用新密碼登入
(Badiucao illustration) (Badiucao illustration)
TAIPEI (Taiwan News) — Chinese dissident artist Badiucao (巴丢草) on Wednesday (Feb. 16) uploaded a new poster mocking the Chinese short-track speed skating team's alleged cheating during the Winter Olympics and expressing support for Taiwan.
On Wednesday, Badiucao posted an illustration on his Twitter account with the words "Beijing 2022" at the top and the name "Taiwan" emblazoned on the green and white shirt of a speed skater. The green and white colors symbolize the Taiwan independence flag.
Behind the Taiwanese athlete is a skater wearing a red shirt and the five yellow stars associated with the flag of China. The Chinese skater can be seen holding a banana peel in their left hand, while another banana peel lies directly in the path of the Taiwanese competitor.
The illustration alludes to an incident in which Fan Kexin (範可新) was captured on camera flicking a marker in front of her Canadian opponent Alyson Charles during the last lap of the quarterfinals of the women's 500 meters short-track speed skating competition on Feb. 7. Charles then stepped on the marker and spun out of control into the wall, preventing her from crossing the finish line.
Chinese skaters were also seen committing other infractions and benefited from controversial calls in a number of other short-track speed skating races during the 2022 Beijing Winter Olympics. For example, at the end of the men's 1,000-meter final, Hungary's Shaolin Sandor Liu finished first, but was penalized for obstructing China's Ren Ziwei, who was awarded the gold, despite the fact that video showed Ren using both hands to grab and pushing Liu away.
In the semifinals of the men's 1-500-meter short-track competition on Feb. 9, Ren was disqualified after he was seen blocking competitor Adil Galiakhmetov from Kazakhstan, clearing the way for South Korea's Hwang Dae-heon to take gold in the finals. South Korean fans considered Ren's disqualification and Hwang's win sweet revenge as both Hwang and teammate Lee June-seo were disqualified for illegal late passing and lane-changing in the men's 1,000 m semi-finals, allowing Ren to take gold and countryman Li Wenlong to capture silver.
In his tweet, Badiucao wrote that the poster's design is a commentary on "China's constant threat to one of Asia's finest democracies, Taiwan." In Chinese, he then wrote "Support Taiwan independence!" 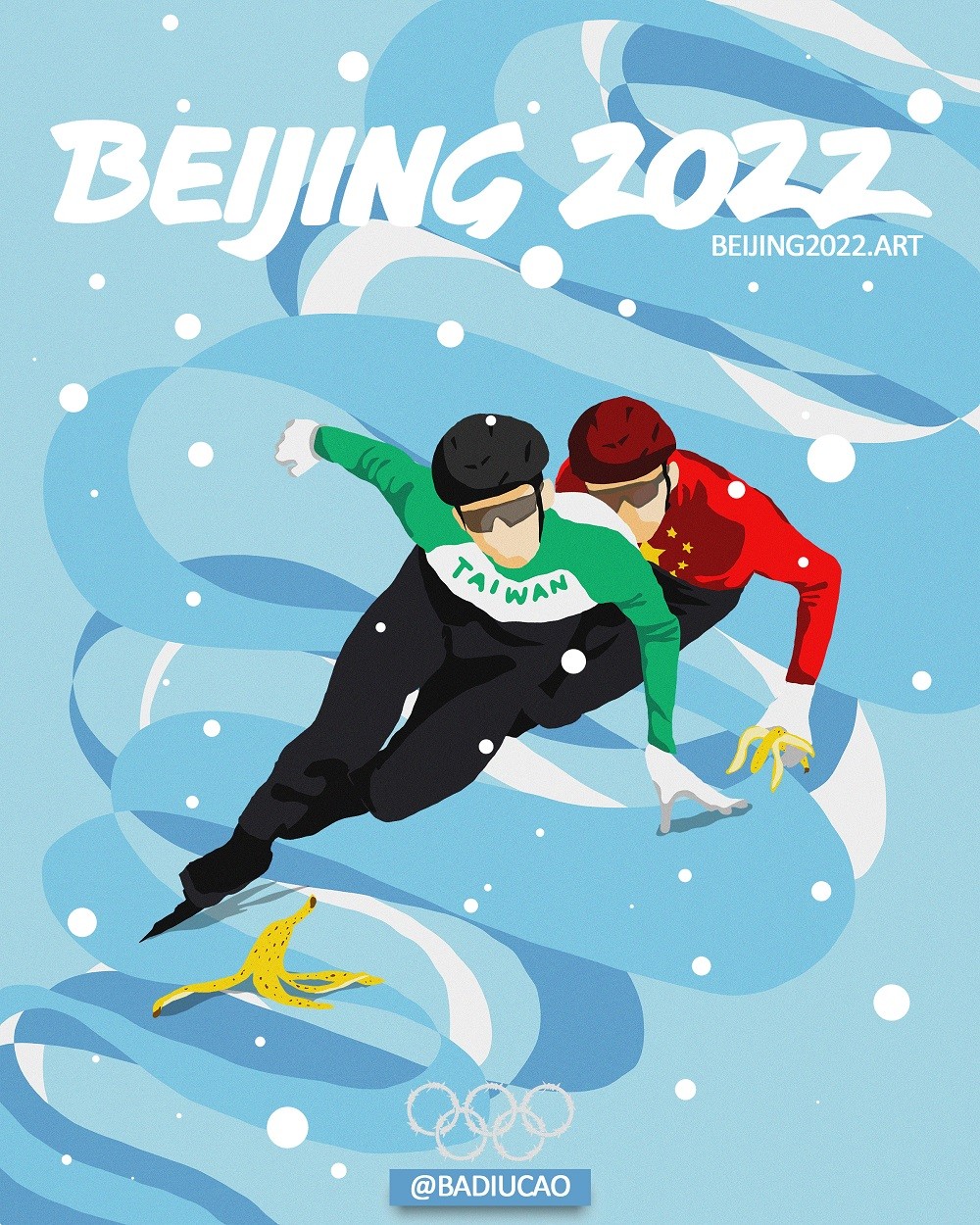