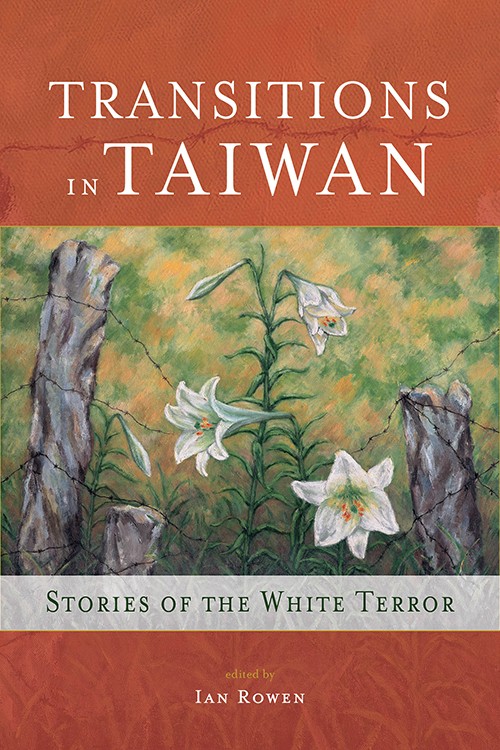 The front cover of Transitions in Taiwan, a book that is part of the Literature from Taiwan Series. The image depicts wild lilies, a symbol of democracy in Taiwan, and was painted by Taiwan artist Ou Young Wen (歐陽文), who was himself a victim of the White Terror.
In its introduction to the series, Cambria Press states that the Literature from Taiwan Series “takes us to Taiwan across different periods and offers us rich insights into Taiwan.”
Giving Taiwan a world voice
During the event, several scholars stressed the pertinence of translating and promoting Taiwan literature to the world as a way to give the Taiwanese experience a voice and to connect more deeply on the world stage.
Senior Advisor to the President Sun Ta-chuan (孫大川 or Paelabang Danapan in the Puyuma language), stated that Taiwan has to find its voice and make our feelings and our minds heard.
“When your voice is not heard or understood, it’s as if you do not exist,” he said, associating it to the once stifled history of Taiwan’s Indigenous groups. Sun also added that “it isn’t just about political or economic achievements, but concerns our general cultural power.”
Professor Lin also pointed out that given Taiwan’s diplomatic and political difficulties, Taiwan literature can be a great diplomatic channel through which we share our rich culture with the world.
The event also saw the attendance of the prominent writer Li Ang (李昂), whose books are some of the most widely translated Taiwan literary works, literary agent Gray Tan (譚光磊), Taipei Book Fair Foundations CEO Wang Hsiu-yin (王秀銀) and numerous translation professionals and scholars from Taiwan, Japan, and Europe.
In addition to the showcase and seminar, the museum is also hosting a book exhibition on Taiwan Literature in Translation, opening from July 22 to October 30.
Updated : 2022-08-09 22:59 GMT+08:00
Taiwan News © 2022 All Rights Reserved.