密碼設定成功，請使用新密碼登入
Singer Jimmy Lin's Tesla after collision. (Facebook, Reporter.taiwan photo) Singer Jimmy Lin's Tesla after collision. (Facebook, Reporter.taiwan photo)
TAIPEI (Taiwan News) — A Tesla driven by Taiwanese singer Jimmy Lin (林志穎) burst into flames on Friday (July 22) after crashing into a signpost in Taoyuan City.
At around 11:00 a.m., witnesses reported seeing a white Tesla crash into a signpost on a median in Taoyuan City's Luzhu District, reported SET News. The car was said to have burst into flames upon impact and bystanders rushed to help pull the driver and one passenger out of the vehicle.
They soon realized the driver was Lin, who had multiple bruises to his head and a fractured arm. Members of the public shot video showing the white sedan bursting into flames and posted it on social media.
The fire appears to have started at the front of the car and eventually consumed the entire front half of the electric vehicle. Passersby who witnessed the accident said that Lin's son was in the front passenger seat. Both Lin and his son were extricated from the vehicle by good Samaritans, who also called 119.
Lin was reportedly unable to speak for a period of time, while his son had bruises to his face. After paramedics arrived, the pair were taken to Linkou Chang Gung Memorial Hospital for emergency treatment, but their injuries are not considered life-threatening.
The accident reportedly occurred at 10:51 a.m. Just prior to the accident, Lin was driving with his son on Zhongzheng Road, made a U-turn, veered to the outside lane, rolled over a median, and slammed into a steel sign post.
The cause of the accident is under investigation. 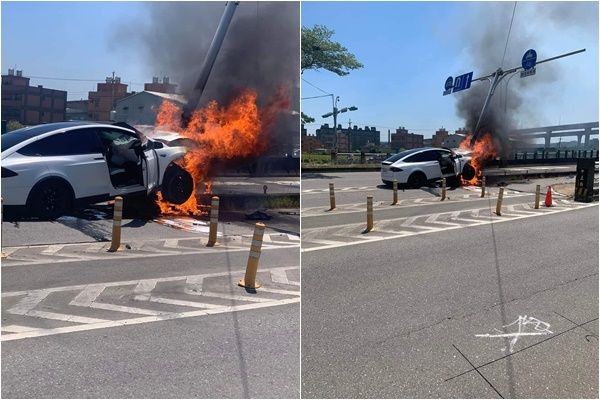 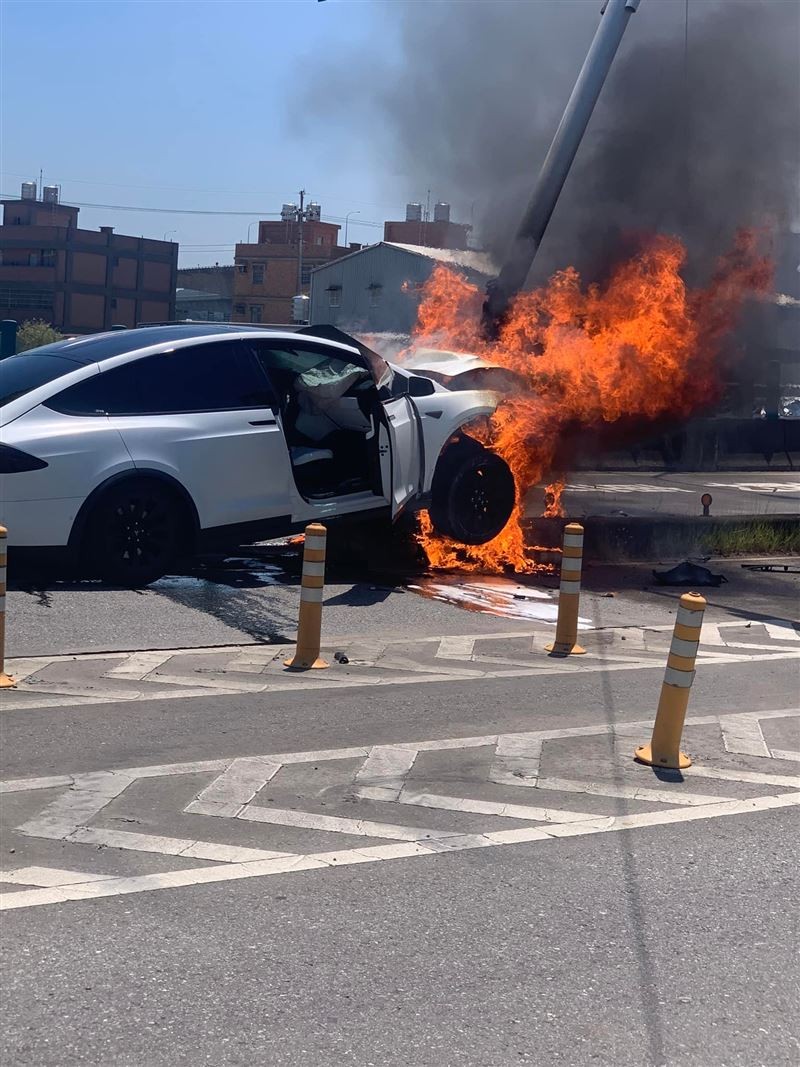