Many of the nearly 100 vendors at the Queens Night Market have refugee backgrounds. 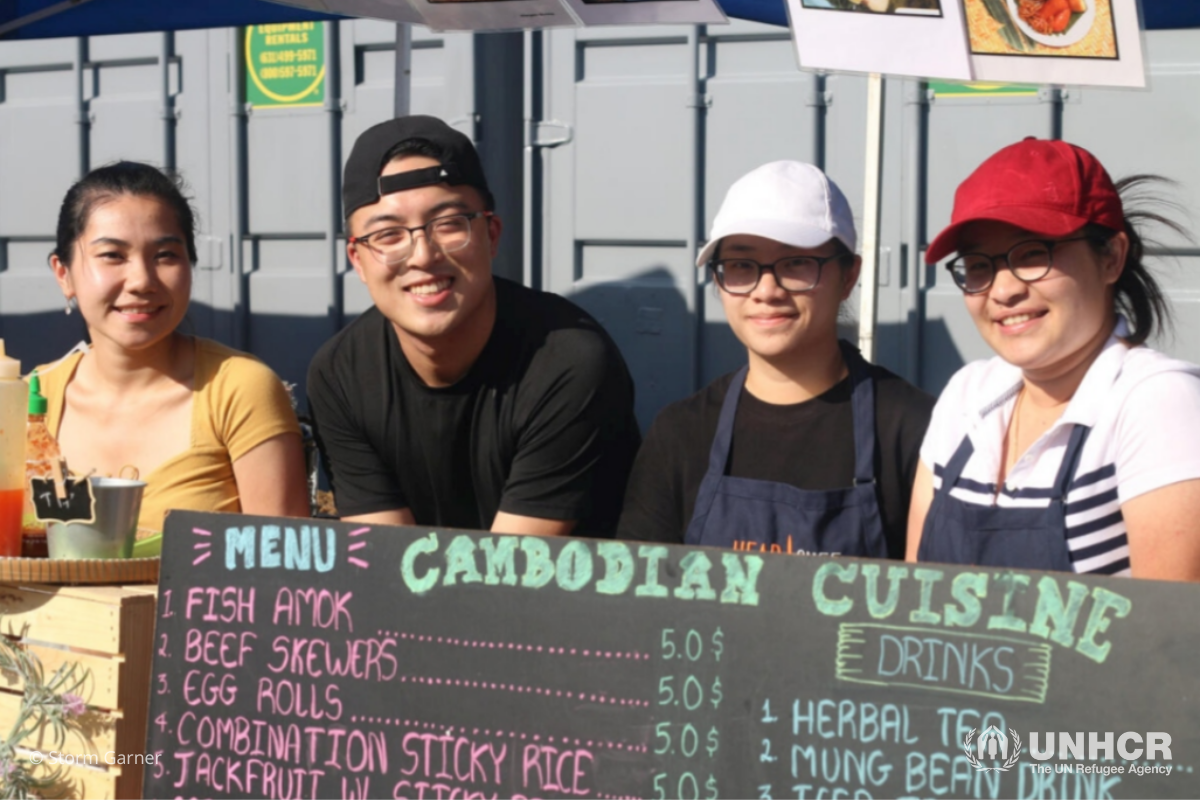 When Sokhita Sok decided to sell her favorite Cambodian food, a curry dish served in a banana leaf called fish amok, at a night market in New York, her family suggested she tone down the flavours to cater to the less adventurous. She refused, and kept the lemongrass, fish sauce and garlic at full force. People loved it.
“I like the traditional stuff,” said Sok, who came to the United States from Cambodia in 2008 and whose great aunt, whom she considers her “grandma,” came as a refugee in the early 1980s. “I like it the way my mom used to make it and my grandma used to make it.”
This summer, Sok is one of the nearly 100 vendors at the Queens Night Market, an outdoor food bazaar where thousands flock each weekend from April to October to taste cuisine from around the world and enjoy entertainment. Former New York City corporate lawyer and Texas native John Wang founded the market seven years ago, inspired by his childhood visits to night markets in Taiwan with his family. He aimed to sell a huge selection of cheap food, bringing together people from all income levels. Despite recent record inflation, the market has kept its traditional price cap of US$5 or $6 per item. It hasn’t been easy though. For example, although the costs to run the market have increased, John said he did not raise fees for vendors.
“My goal was really to create NYC’s most affordable, most welcoming, most diverse community space,” John said. “If your goal is to be the most welcoming space in NYC, you better also be one of the most affordable spaces in NYC.”
The market sells food from 90 countries. Many of the recipes, as well as the personal stories of the chefs behind them, are featured in a cookbook, The World Eats Here (The Experiment, May 2020) written by John Wang and Storm Garner, an artist and John’s wife since 2019. The introduction to the book explains that in the market, with only a few exceptions, “We simply insist…that what each vendor sells has special relevance to their personal background and cultural heritage.” 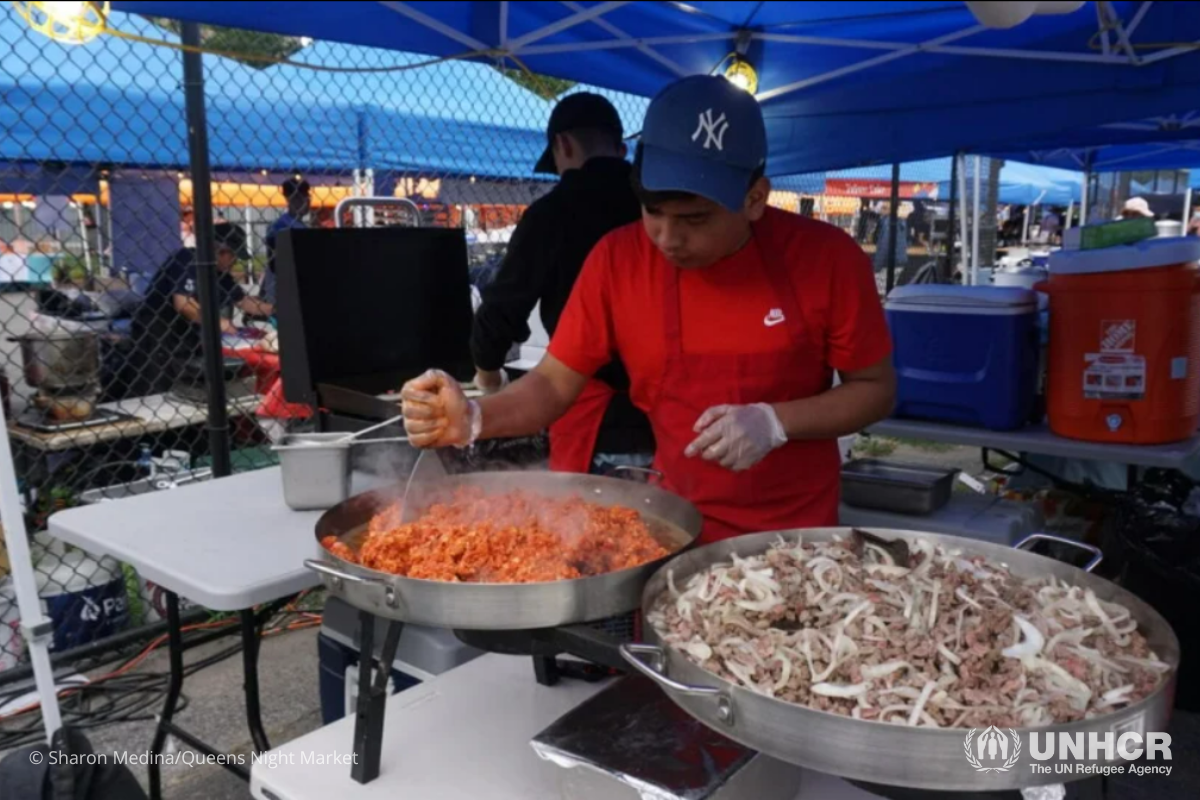 The market’s vendors include many immigrants and refugees, as well as their children, who want to cook what they grew up with or what they miss. The dishes featured in the market’s cookbook include “Salvadoran chicken tamales”, spicy “fried stew” from Nigeria, and a recipe for “Persian halva saffron fudge,” perfected by a chef whose family left Iran during the Islamic Revolution.
In a nod to its many vendors with refugee backgrounds, the Queens Night Market partnered with UNHCR, the UN Refugee Agency, for one weekend earlier this summer for World Refugee Day in June. Dozens of Queens Night Market vendors pledged a portion of their sales to UNHCR, and customers could choose to donate US$5 as they entered. The event raised more than $13,000 for UNHCR.
Sam Ilyayev and his parents came to New York from Tashkent, Uzbekistan in 1989, when Sam was 3 years old. They were among the tens of thousands of people from the former Soviet Union – most of them Jewish or Armenian – to whom the US granted refugee status just before the fall of the Soviet Union. When the family arrived, Sam’s father David managed hot dog carts his brother, already living in New York, passed on to him. Sam remembers sitting in the back seat of the car while his father drove around Queens dropping hot dogs off to the vendors.
Sam’s wife, Natasha, immigrated to the US from Ukraine in 2006. On one of their first dates, the couple had a cook-off to compare blintz recipes. They found many similarities, though Sam’s were a bit more savory. They now sell “Ukrainian blintzes”, with a hint of Sam’s mother’s and grandmother’s Uzbek influence, at the night market and their restaurant, the Blintz Box. Their recipe in the World Eats Here cookbook features a creamy mushroom filling.
“Seeing exactly what John was trying to build…it was right up our alley,” Sam said. “New York City has always been home to so much diversity…. I think we’re…well off because of it.”
Originally reported by UNHCR