Your Ultimate Source for All‑Things Vegan
Get the world’s #1 plant‑based magazine
Steven Lee
by Kat Smith
September 1, 2022
It seems that Tabitha Yeh, the senior culinary director of PLANTA, a fast-growing, upscale vegan restaurant across multiple cities, was born to work in restaurants. Her grandmother immigrated to the United States from Taipei, Taiwan in the 1970s and, together with Yeh’s grandfather, she opened a restaurant in New York City’s Chinatown.
“Growing up, I really had an affinity for cooking,” Yeh tells VegNews. In the kitchen, she was her grandmother’s observer, helper, and taste-tester.
So when high school came around and it was time for her to choose her path, the San Francisco native went down the route to becoming a chef. She attended the Culinary Institute of America in Hyde Park, New York. “I constantly went down to the city to expand my knowledge and skills,” says Yeh.
Throughout her impressive career, Yeh worked in Michelin-starred kitchens by the likes of Per Se, Noma, Eleven Madison Park, and Momofuku Ko. She backpacked across Vietnam, Cambodia, South Korea, the Philippines, China, Taiwan, and Copenhagen, growing her culinary expertise along the way. For two and a half years during her early 20s, she worked as a corporate chef, learning how to build a concept from scratch by opening restaurants across Shanghai, Beijing, and Hong Kong. Her high-profile former clients range from the Playboy Club to Chanel. 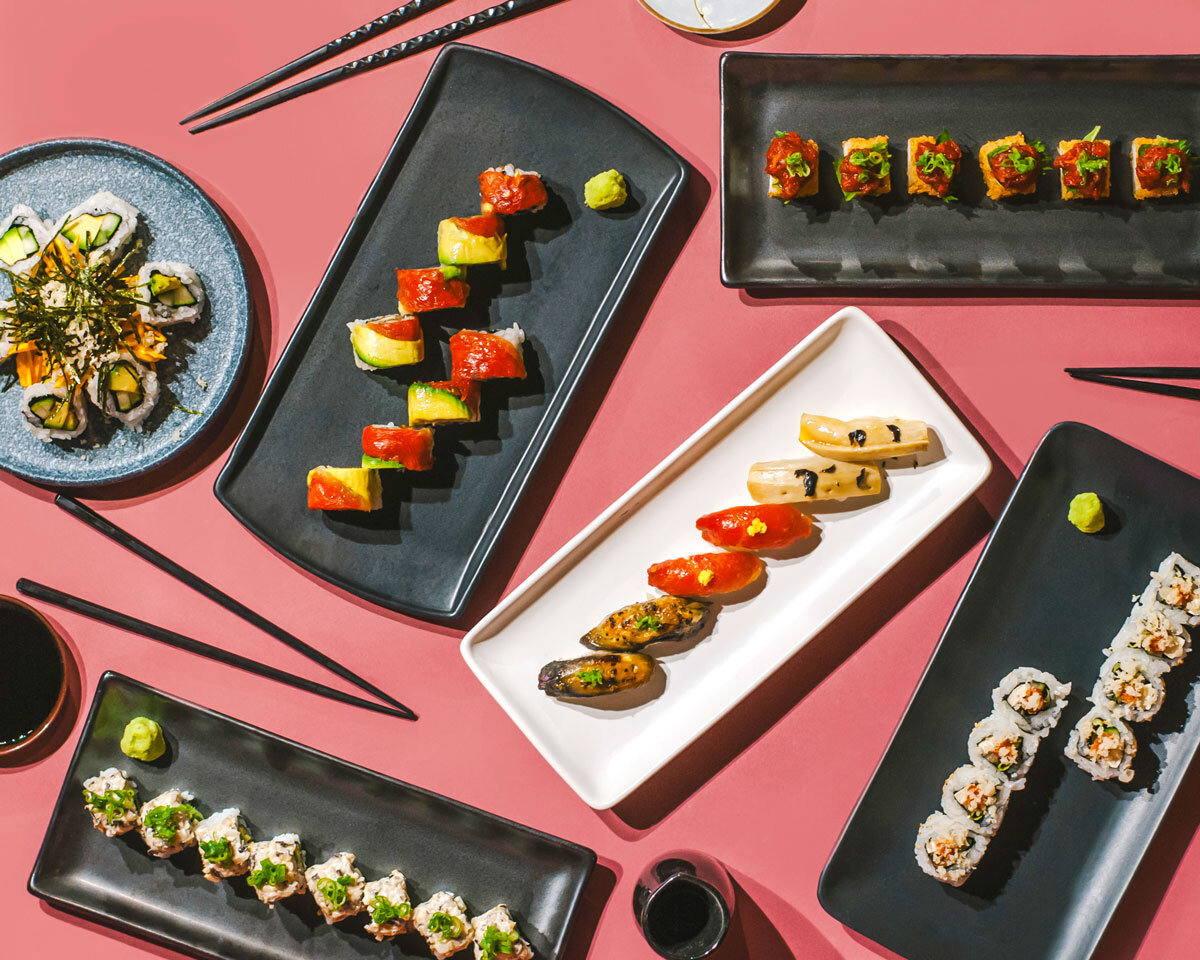 Steven Lee
Today, Yeh has put down roots in NYC. While PLANTA is the first vegan restaurant that the 18-year hospitality industry veteran has worked for, she is no stranger to bringing vegetables to life with vibrant flavors. This is fitting because, at PLANTA, you won’t find any meat substitutes on the menu. But, you will find unagi nigiri that swaps eel with marinated eggplant, watermelon ahi tuna, Peking jackfruit, and “chick’n fried” mushroom bao sliders. Plus, at the NYC-based PLANTA Queen, the tofu is sourced from Fong On, a mom-and-pop shop in Chinatown that’s been open since 1933.
VegNews sat down with Yeh to discuss how she landed at a plant-based restaurant, what inspires her, how she puts her personal gastronomic touch on nostalgic family recipes, and the secret to success that she learned in Chef Thomas Keller’s kitchen. 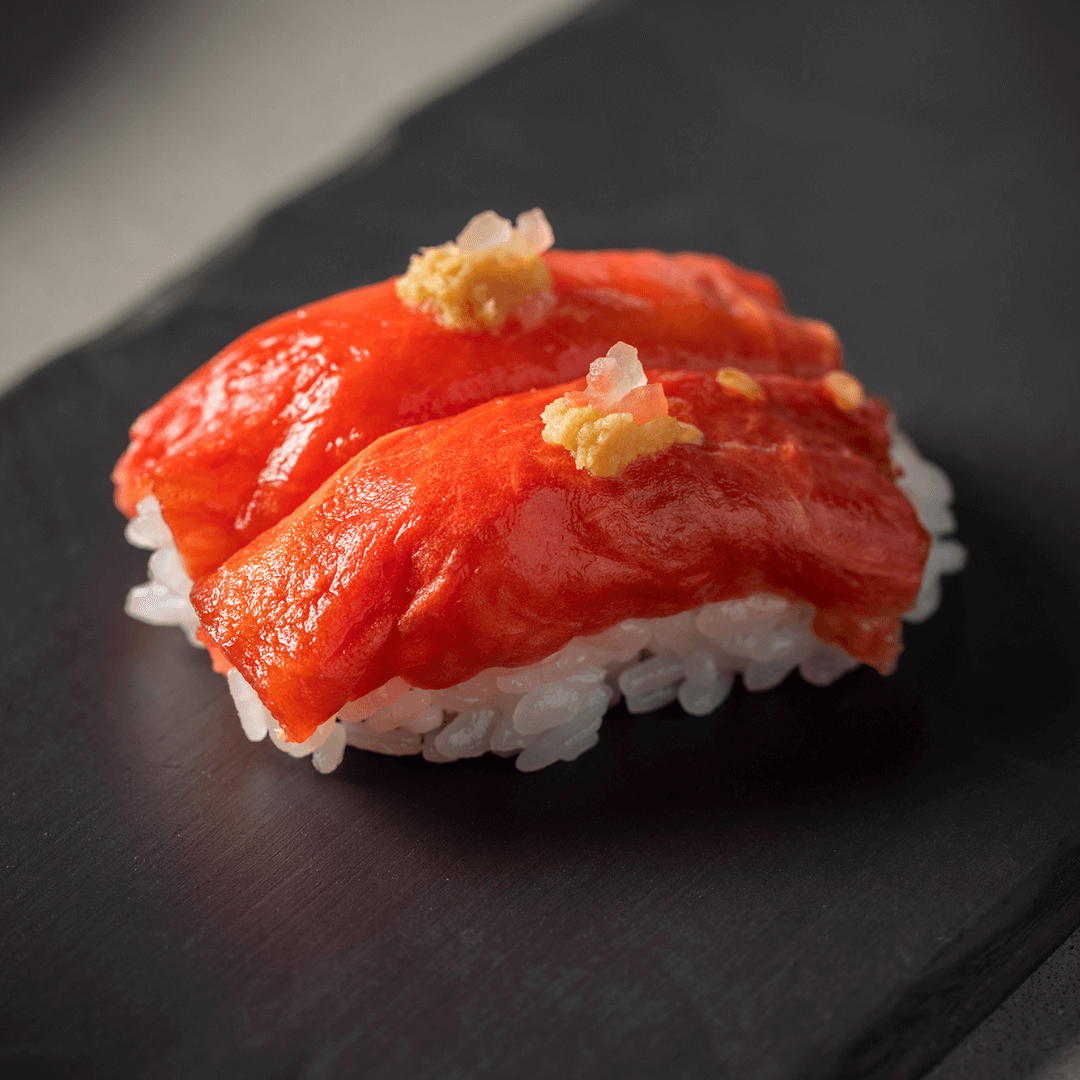 Steven Lee
VegNews: Tell us about some experiences that made you the chef that you are today.
Tabitha Yeh: After graduating, [as] a young chef, I got to work with Thomas Keller at Per Se in New York City, where I learned the importance of small details, even things like how to cut a cake. Even today, these are the kind of details that I pass on to others—even setting up things that don’t seem important is going to help you out in the long run, not only in the kitchen but also in life.
I spent four months in Copenhagen training at René Redzepi’s Noma, which was an amazing experience because I got to see the entire process of how ingredients are picked and foraged, from soil to the plate. I remember picking wood sorrel in the rain in a forest miles away from Copenhagen, for two hours in the rain, and that’s an experience that I wouldn’t trade for anything.
VN: Eventually, you landed at PLANTA, the first plant-based restaurant you’ve ever worked at. How did you get here?
TY:  One of my best friends had just become plant-based last year and in January, we all did Veganuary with him. For his birthday, we were all looking for somewhere to eat that’s plant-based and we found PLANTA—when we walked in, I thought “Oh, this is a really cool spot.” Then a few months later, I saw the role on LinkedIn so I applied for the job and got the gig.
Steven Lee
VN: What was your experience with plant-based food like before PLANTA?
TY: Throughout my career, I’ve cooked plant-based at other restaurants and at home. I don’t really eat that many proteins at all–it’s mostly plant-based. And then my friend going plant-based pushed my friend group to eat a little healthier. I think with my background, I didn’t go the traditional route to become a chef. I did a lot of travel and while some chefs work at maybe four or five restaurants throughout their career, I’ve worked at more than 30. So, being able to do that and float around the world taught me how to integrate different flavors. Having that background of cooking fish and meat in my younger years is something that I see as the foundation for learning how to swap different ingredients.
VN: Did you experience any challenges with adapting to a restaurant that doesn’t serve any animal products?
TY: Growing up, my grandmother was Buddhist, so I was definitely familiar with it. Whenever we were in Asia, we would go to temples and eat Buddhist cuisine, which is all plant-based and made from local vegetables. So, going to PLANTA was an easy transition because I grew up with plant-based food. Even growing up in California, we had access to amazing produce, so I would go to the farmers’ market on the weekends to shop for vegetables.
I don’t want to say that we were necessarily masking the vegetables but here, we really highlight the produce. For example, we have an ahi watermelon tuna, but we use the whole watermelon, even the rind, which we pickle and use in the tuna mix. So, working here has also made me more conscious of food waste as well. We try to integrate every single aspect of the ingredients.
VN: How do you apply your experiences to PLANTA? 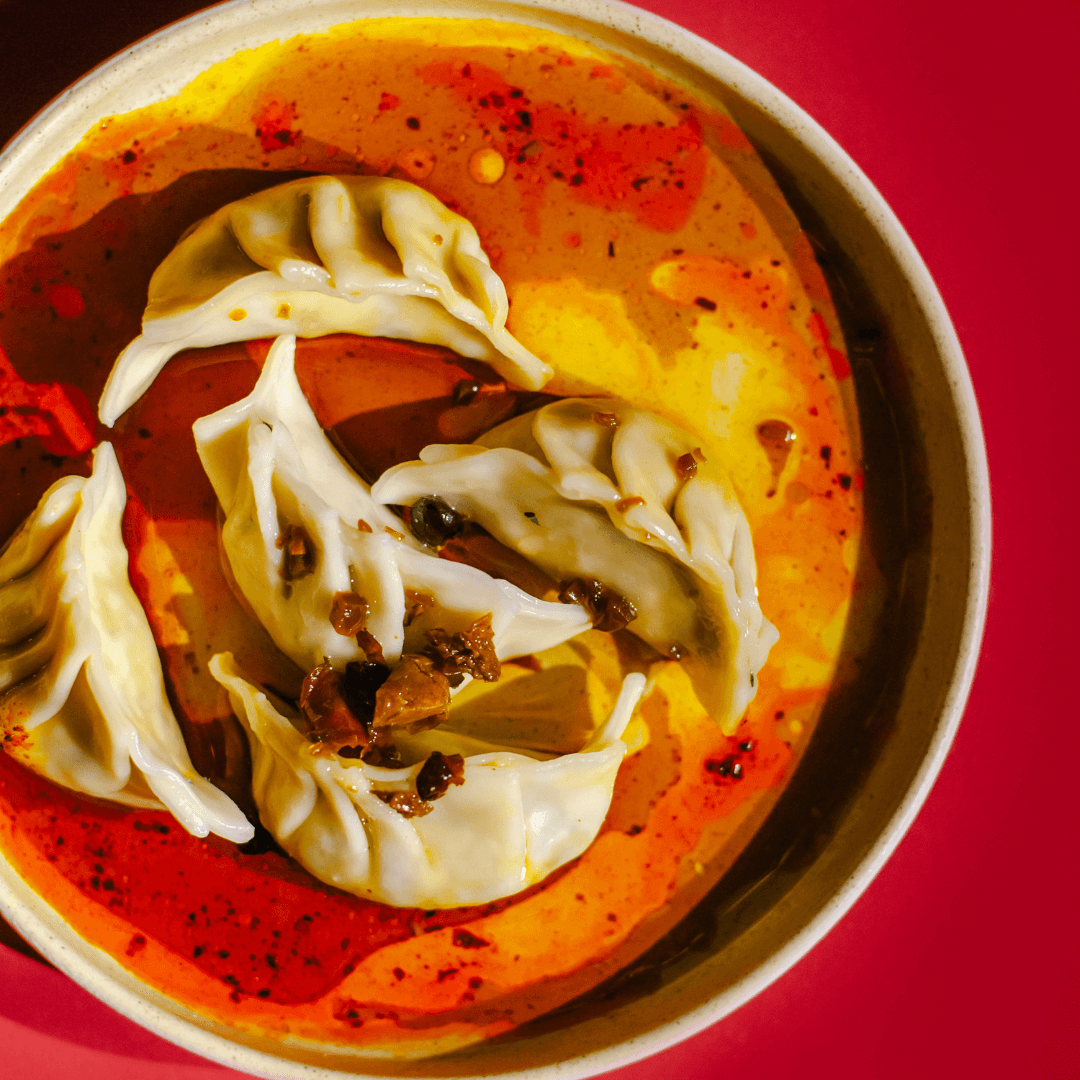 Steven Lee
TY: This is also something that Chef David Lee does, but we both draw from the food that gives us nostalgia. David grew up in Mauritius, but he grew up eating dumplings and noodles and that’s something that really resonated with me. For me, that’s comfort food. We draw a lot of inspiration from Japanese cuisine at PLANTA, but we’re not beholden to one specific region. It’s more eclectic.
One thing that’s coming up on the PLANTA menu is this cold tofu dish that I grew up eating. It’s this soft tofu dish made with a black vinegar, scallions, and this chili crisp sauce. Then I put my spin on it by adding taro chips. When I presented that dish and the team ate it, they were like, “Okay, approved.”
VN: If you had to pick your favorite ingredients for bringing flavor to plant-based dishes, what would they be?
TY: I love miso, and shio koji, which is the base of miso. Another thing I like to do is use every part of the vegetable to highlight flavors. Let’s say you’re cooking carrots, you would juice some of them and cook the carrots in that. It makes it taste more vibrant. I also love this product called Yondu, it’s this umami bomb made from fermented vegetables.
For more interviews with chefs, read:
Three Girls Vegan Creamery Makes Italian Food Better Than Nonna
Amanda Saab Won MasterChef’s Vegan Challenge With a Family Recipe
How This Vegan-Friendly Bakery Rose Above Anti-LGBTQ Hate
Kat Smith is a Queens, NY-based freelance writer and editor who loves cooking and discovering local vegan hidden gems.
Want delicious vegan recipes delivered to you inbox? We got you!
SIGN UP HERE
Want delicious vegan recipes delivered to you inbox? We got you!
SIGN UP HERE
Never miss out on breaking stories, recipes, and vegan deals
All-things vegan,
in your mailbox and inbox
Only $25
by Kat Smith
by Tanya Flink
by Juliet Pennington
by Kat Smith
by Nicole Axworthy
by Jocelyn Martinez
Get the world’s #1 plantbased magazine
Copyright © 2022 Fresh Healthy Media, LLC