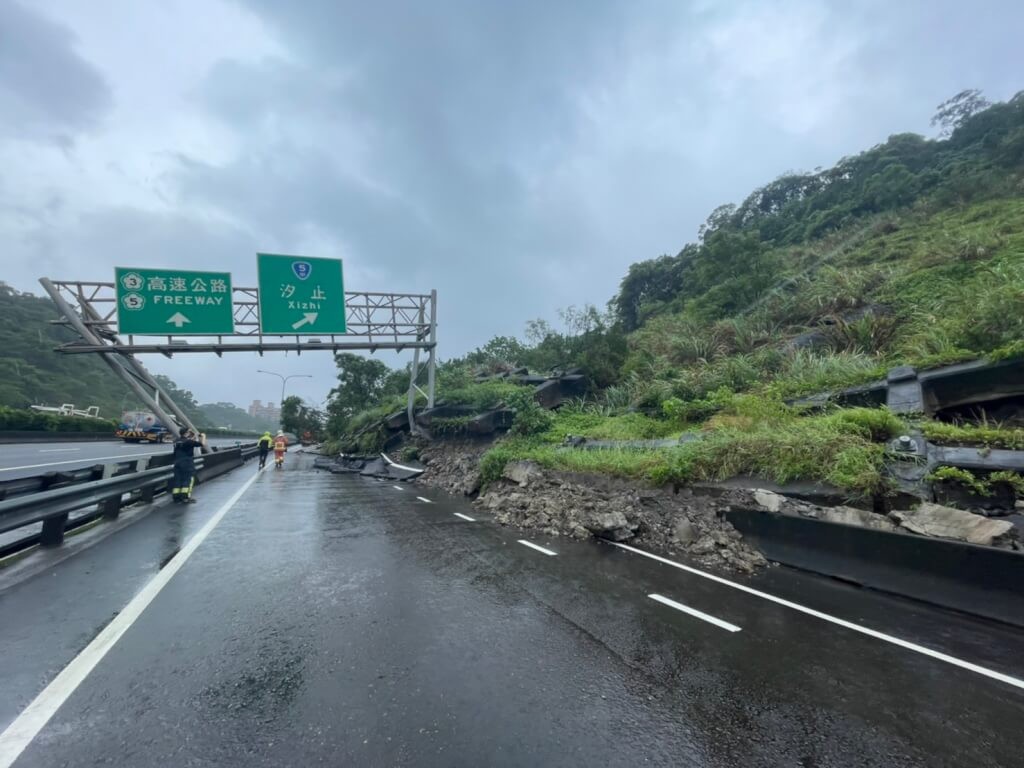 (New Taipei City Government Fire Department photo)
Therefore, motorists are advised to take a detour around the affected area instead. In a text message sent by the National Highway Police Bureau, it said that due to the landslide and slippery conditions on the road, travel in the area is still dangerous and sections of road closed to traffic will be extended.
The bureau advised motorists of the possibility of skidding and to pay attention to safety. 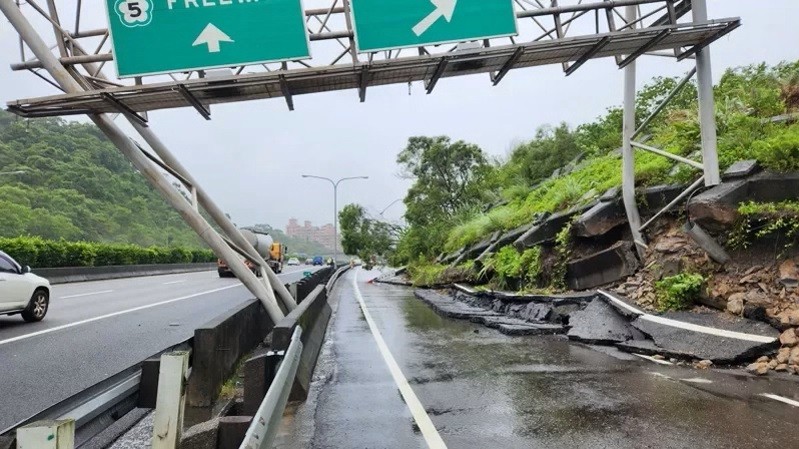