密碼設定成功，請使用新密碼登入
(Democratic Progressive Party New Taipei City Council caucus photo) (Democratic Progressive Party New Taipei City Council caucus photo)
TAIPEI (Taiwan News) — Taiwanese became infuriated earlier this week by a sign that claimed that "China" was welcoming a Thai actor to Taiwan, prompting the advertiser to remove China's name from the ad.
WOn Sunday (Oct. 23), the Chinese Twitter fanpage for Thai actor Nodt Nutthasid posted a tweet that included images of a bus advertisement that was meant to welcome Nutthasid during his trip Taiwan. The ad was scheduled to run on the Xinyi Metro Bus in Taipei from Oct. 25 to Nov. 7.
However, the text on the bus read “Nutthasid, China welcomes you." Taiwanese netizens noticed this and posted complaints on the Twitter account.
When the bus appeared on the streets of Taipei on Tuesday (Oct. 25), the word "China" had been removed from the sign, and it now reads "Nutthasid, welcome to you." All in simplified Chinese characters, the sign also stated that Nutthasid would meet his fans "when flowers are in bloom," and that he will "travel with his fans during all four seasons."
The Taipei Public Transportation Office said the advertisement did not violate any laws or regulations, reported Liberty Times. It did confirm that after the advertiser received complaints from the public on Monday (Oct. 24), it removed the word "China" from the advertisement. 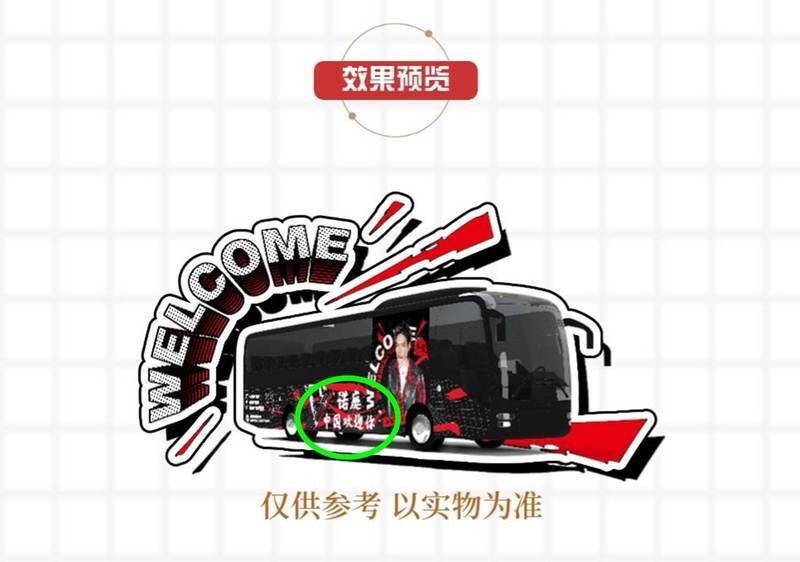 Image shows original version of sign with word "China." (Twitter, Nodted CandyFC screenshot)
As for the use of simplified Chinese characters, the office said there are no laws against the use of such symbols. Therefore, the office said that the advertisement was approved for usage until Nov. 7.
The ad was reportedly bought by a Chinese fan of the Thai actor and was made by the advertising agency Fishing Song Develop, in Taipei. The director of the company is Su Heng (蘇恆), who is a member of the New Party, a candidate for Taipei city councilor who is known for his pro-China political stance.
In a Facebook post uploaded on Tuesday (Oct. 25), Hsu Chia-pei (許家蓓) a Taipei City Councilor from the Democratic Progressive Party, wrote that after receiving complaints about the bus, she contacted the Public Transportation Office to convey the complaints and assess the situation. Hsu said the office only reviewed the advertisement after receiving the complaints.
Hsu expressed her support for freedom of speech, but warned such advertisements could lower Taiwan's international status. She said if the law is interpreted in a way to permit such signs, bus ads could become a new tool for the United Front.
In this case, Taiwanese netizens reported the sign to the government and the advertising firm removed the word "China," said Hsu. She then rhetorically asked that if such a sign had been posted this time around, "would there be further advertisements supporting China's unification with Taiwan next time?"
NODT’S VEHICLE
@nodted
“诺庭，中国欢迎你”