密碼設定成功，請使用新密碼登入
(Luodong Forest District Office photo) (Luodong Forest District Office photo)
TAIPEI (Taiwan News) — The Taipingshan National Forest Recreation Area in Yilan County will open its doors at 4 a.m. every day this summer from July 1 to Aug. 31 except on Saturday, when the park will be open even earlier, at 2:30 a.m., according to a press release issued by the Luodong Forest District Office on Tuesday (June 28).
The office said that Taipingshan has an elevation of 2,000 meters above sea level, and its peak has an average temperature of 10-12 degrees Celsius lower than at its base, making the mountain a popular destination to escape the summer heat.
Recommended spots to watch the sunrise
The time to watch the sunrise during the summer vacation is between 5 a.m. and 6 a.m. In order to allow visitors to reach the mountain in time for the sunrise, the park will open earlier during the summer.
The forest district office recommends several locations on the mountain for watching the sunrise: the lookout at Taipingshan Villa, the lookout at the 14-kilometer mark of the Cueifong Scenic Road, the 800-meter and 3-kilometer marks of the Cueifong Lake Circular Trail, and the lookout at the end of the Wangyangshan Trail. If the weather is clear, the Lanyang Plain and the Turtle Island on the Pacific Ocean are also visible from the Wangyangshan lookout, according to the release.
Stargazing activities for villa guests
In addition to the captivating scenery and sunrise, the mountain is also a nice destination for stargazing. The forest recreation area has arranged five stargazing activities for guests: the Taipingshan Villa stargazing tours on July 2, Aug. 12 and 27, and Sept. 24, and the Cueifong Villa stargazing tour on Aug. 13, per the release. 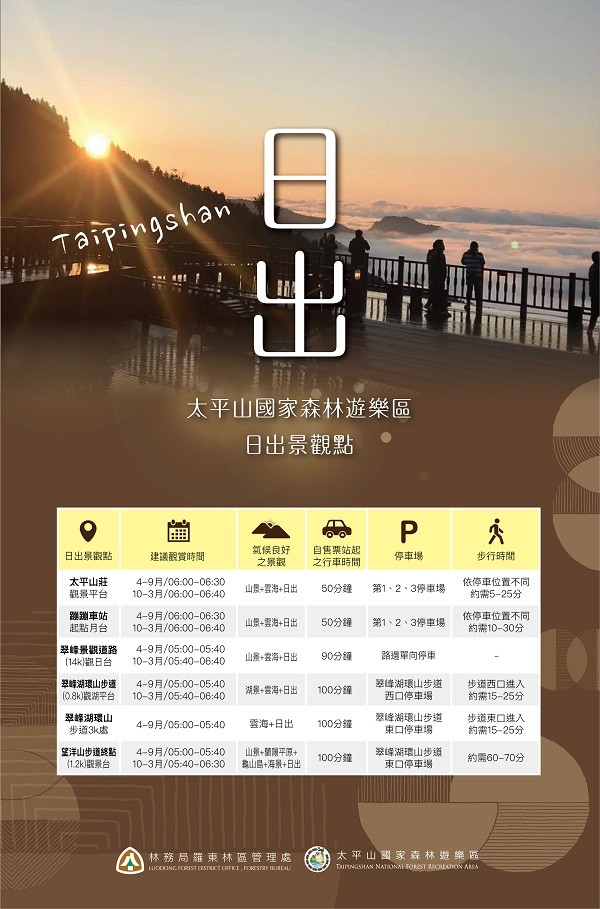 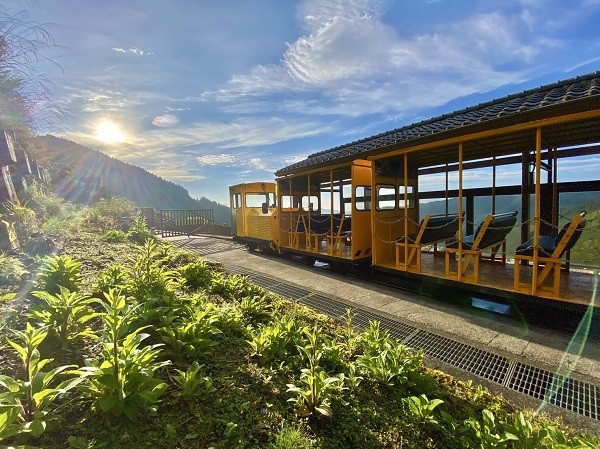